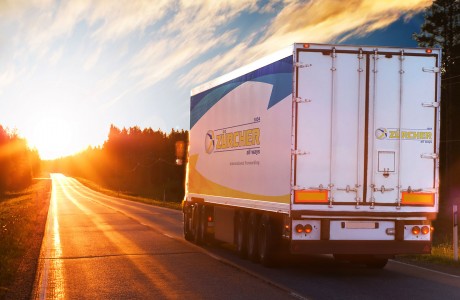 Established in 1854 in Chiasso, Zürcher mainly worked in the field of freight transport between Lugano and Milan.

In 1928 Giovanni Zürcher took over the lead of the company. At that time, the activities of freight transport between Switzerland and Italy continued and got stronger, also sustained by both a Relocation Unit and one specialised in Migrant Trasport.

During WWII, Giacomo, Giovanni’s son, succeeded his father and undertook an innovative path by acquiring several clients in the Swiss watch industry and texile manufacturing.

In the 1990s, the company boosted by developing sea and air trasport.
Without losing touch with Swiss national transport, which has been constantly enhanced, lately Zürcher has further widened its range of clients, which now includes companies in the most various economic sectors: high technology; biomedical engineering; cosmetics; dietetics; works of art and cultural heritage, and – last but not least – racing, with transport services offered to a well-known F1 car manufacturer.

At the same time, Zürcher has developed logistics by offering specific warehouses, designed for several types of goods and fitted with the Clients’ information systems. Transport and shipment activities are currently managed by ZÜRCHER TRASPORTI S.A.